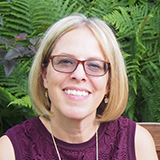 Vicky joined the court as Chief Executive of The Supreme Court and the JCPC since September 2020.

The role involves responsibility for all the non-judicial functions of the Court and overseeing the administration of a team of approximately 50 staff and contractors supporting the work of the Justices. The Chief Executive is an Accounting Officer in their own right.

Vicky was previously the Director of Regulation and Insight at the Independent Parliamentary Standards Authority. She was called to the Bar in 1995 and has 15 years' experience as a Governemnt lawyer, including work at the Department for Work and Pensions and the Department of Health. She was Head of Guidance, Party and Election Finance at the Electoral Commission before moving to work at the Independent Parliamentary Standards Authority (IPSA) as Director of MP Support Services and then in 2018 as Director of Regulation and Insight. 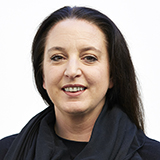 Sam was previously Deputy Director of Governance and Assurance for HM Courts and Tribunals Service where she led the creation of a joined up, transparent and consistent governance and assurance function supporting delivery of the work of the courts, tribunals and offices, as well as enhancing the strategic assurance for the Agency as a whole. Prior to that Sam was Board Secretary and Head of the Chief Executive's Office, again within HM Courts and Tribunals Service (2013 - 2016).

Over her career, Sam has held a variety of roles, most of them within justice administration with a focus of courts and supporting operational delivery. These include Head of Security and Safety for HM Courts Service and then HM Courts and Tribunals Service; Deputy Departmental Security Officer for the then Department for Constitutional Affairs, now the Ministry of Justice and a variety of roles working with and supporting the work of magistrates' courts. 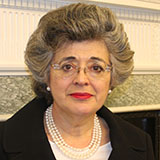 Louise has been Registrar of the Privy Council since 1 April 2011 and the Supreme Court of the United Kingdom since 1 October 2009.

Louise was appointed as Registrar of the Privy Council by HM Queen Elizabeth II on 1 April 2011, having previously performed this duty in an acting capacity from May 2009.

As Registrar, she exercises judicial and administrative functions under the two sets of Rules and Practice Directions which provide the procedure for these Courts.

From June 2008 until August 2009, Louise was Deputy Head of the Judicial Office of the House of Lords, supporting the Law Lords in their judicial functions. Before that, Louise was a deputy master in the Court of Appeal, Civil Division, working in the Royal Courts of Justice from December 1997 to May 2008.

From September 1977 to December 1997, Louise held various posts as a member of the Government Legal Service in the Treasury Solicitor’s Department and the Lord Chancellor’s Department. Louise was called to the Bar in July 1976.

Louise was awarded an OBE in 2020 for services to the administration of justice.