The Judicial Committee of the Privy Council

Hold your special event at The Supreme Court

The Supreme Court Arts Trust was registered as a charity in 2016 to promote public education, art, law and justice in the context of the Supreme Court and UK and the Commonwealth legal systems. 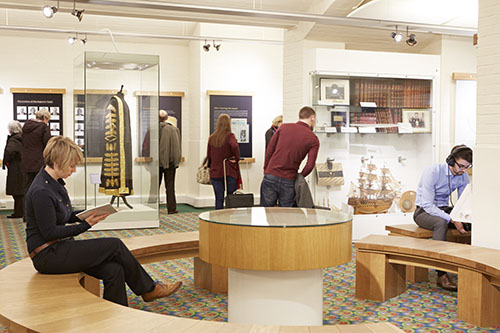 The Trustees provide a high level of experience in a range of relevant disciplines, including curatorial and exhibition design, fundraising, financial oversight and governance, and legal affairs. The Trustees are: Lord Neuberger of Abbotsbury (former President of the UK Supreme Court) as Chair, Dinah Casson (Casson Mann), Elsie Owusu (formerly of Feilden and Mawson, the conservation architects who were responsible for the refurbishment of the UKSC building between 2006 and 2009) and Philip Reed (a lawyer in the Charity team at Farrer & Co LLP).

The Trust is supported by the UKSC's Chief Executive, Mark Ormerod. Rebecca Lowson, Media and Communications Manager at UKSC, also acts as the Trust's Secretary.

The Trust has sponsored a series of exhibitions at the Court and photographic portraits of the three Presidents during the Court's 10 years of existence. Its next project is to raise money and commission a portrait of Lady Hale, the Court's first female President. The Trust also helps the Court with its educational work. The Trust can be contacted via artstrust@supremecourt.uk.