Swearing-in of the Supreme Court President and new Justice

On Monday 13 January a special ceremony will be held for the swearing-in of the President and a new Justice of the UK Supreme Court.

The swearing-in will take place at 9.30am in Courtroom One of the following Justices of The Supreme Court:

The Supreme Court building will remain open to the public whilst the ceremony takes place. Visitors will be welcome to watch the ceremony live on a 'big screen' in Courtroom Two, with seats allocated on a first come first serve basis.

The ceremony will be live streamed on the Supreme Court website and, a short time after the event, will be available to view 'on demand' via the Court's YouTube channel.

Lord Reed was appointed as a Justice of the Supreme Court in February 2012 and has served as Deputy President since June 2018. Prior to his appointment to the Supreme Court he served as a judge in Scotland, sitting from 1998 to 2008 in the Outer House of the Court of Session, where he was the Principal Commercial and Companies Judge, and from 2008 to 2012 in the Inner House.

He was educated at the Universities of Edinburgh and Oxford, and qualified as an advocate in Scotland and as a barrister in England and Wales. He practised at the Scottish Bar in a wide range of civil cases and also prosecuted serious crime.

As well as sitting on the Supreme Court and the Judicial Committee of the Privy Council, he is a member of the panel of ad hoc judges of the European Court of Human Rights, and a Non-Permanent Judge of the Hong Kong Court of Final Appeal. He is also the High Steward of Oxford University. 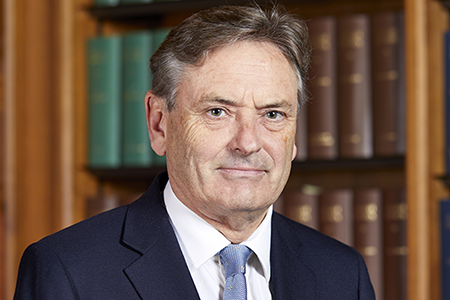